In Cache — The rare amassment of Barbarizsm and Anthony Blokdijk

Barbarizsm and Blokdijk are pillars of the Dutch underground, working in the realms of the transgressive with an affinity towards punk and anti/outsider art. They produced and accumulated their work and archives simultaneously from the late 80s onward, without crossing paths. Their output, par exemple; Barbarizsm portraying fashion designer Vivienne Westwood — Blokdijk publishing writer William S. Burroughs with Maldoror, gives us a unique insight of their cumulation, associating to other prolific artists of their time. This exhibition will form a modest retrospect of selected work, showing their development and diligence during tumultuous stage of the 80s till now. Barbarizsm
(1965, Amsterdam) Barbarizsm studied painting, graphic & audiovisual design at the University for the Arts in Utrecht (HKU) whereafter she decided to specialize in photography from 1987 onwards. In her search for the underlying truth of personality and identity, she surpasses the boundaries of convention and decorum, which results in striking images of vanity and lust, cruelty and pride, fear, and loneliness. However known for her photographic work, we predominantly show her early work, research, collages, and assemblages. Anthony Blokdijk
(1964, Den Haag) Anthony Blokdijk is an inexhaustible book publisher and vivid storyteller indissolubly connected to Maldoror Foundation, which organized art events, publications, and exhibitions since 1987. He currently works with music (Salò Mentale), painting, drawing, and film. Inspired by the Punk movement, he got involved with many independent/underground and do-it-yourself initiatives. Maldoror Galerie was active from 1993 to 1997 and resurrected in 2011. A second resurrection occurred in June 2017. The shop window of a daycare center for psychiatric patients called Sterhuis was available. Maldoror Galerie hosts monthly shows with works by one patient and one ‘regular’ artist, not making clear who is who or what. Guest curator:
Petros Panagiotis Orfanos (b.1991) is an art practitioner and curator based in Amsterdam. He organizes off-kilter and wired exhibits, frequenting spaces like Rozenstraat – a rose is a rose is a rose, ArtKitchen Gallery, Punt WG, or overtakes the home of a willing art enthusiast. This event is part of Hoogtij #56
http://www.hoogtij.net/en/galerie/trixie/ ♡ Salò Mentale will perform at 21:00 ♡
‘Next-level electronic music made by one of The Hague’s most original producers. For fans of Unit Moebius Anonymous and Shitcluster.’ https://clone.nl/item29948.html
https://anthonyblokdijk.bandcamp.com/ Regular visiting hours from 16-24 march, Fri-Sun, 12:00-18:00 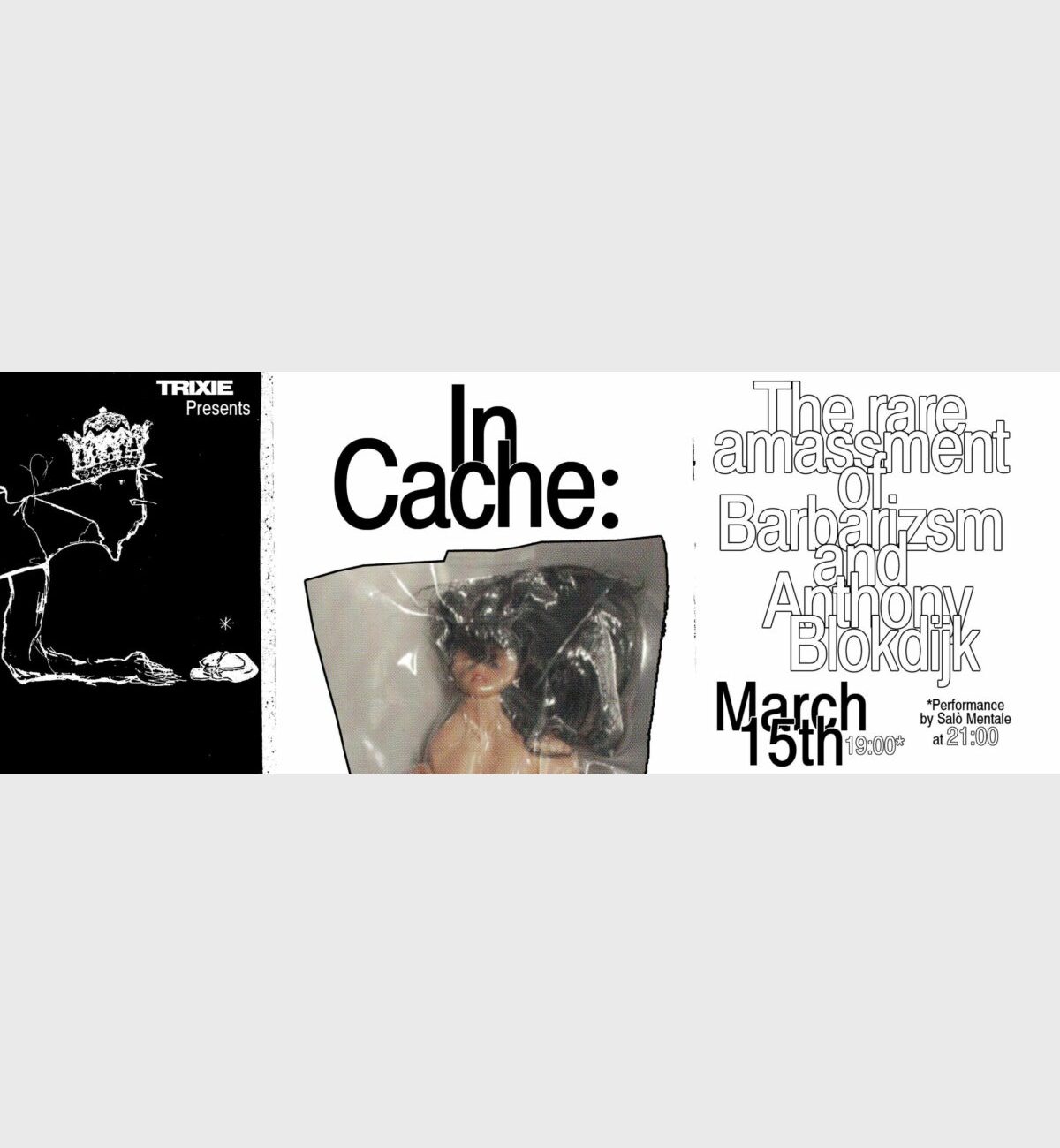