Lobster and shrimp on my plate, I want my pockets so fat they inflate // Robin Whitehouse and Todor Rabadzhiyski

Trixie is happy to host a work of Robin Phoenix Whitehouse and Todor Rabadzhiyski, called “Lobster and shrimp on my plate, I want my pockets so fat they inflate.”

After a year long collaborative process the artists are concluding the project and highlighting the initial point of interest. Following the lobster and its changing meaning through time, they investigated the act of eating lobsters and the culture in which lobster is more then just the food and more a status symbol. The cynical and performative acts in Trixie will be paired with the presentation of two video works that were filmed in Bierkade canal outside of Trixie and an installation of ceramic animals in lobster cages.

“Lobsters in the sea, its climbed the economic ladder, rising from the ocean’s depths,
food for poor people and prisoners, all the way to a fancy restaurant, portraying high-class toxic hierarchies. But what has the Lobsters felt?
They’ve been boiled and cut from their back to the tip of their tale
they’ve been snapped and cracked, squished and licked,
sucked from their strong shell transformed into the idea of hedonism and affluence.”

–
Todor Rabadzhiyski (BG) and Robin Whitehouse (UK) are multidisciplinary artists working collaboratively since 2019. This summer Todor is graduating from Fine Arts department, Royal Academy of the Arts in The Hague and Robin is currently studying at Beaux-Arts in Paris and working between Paris and The Hague. 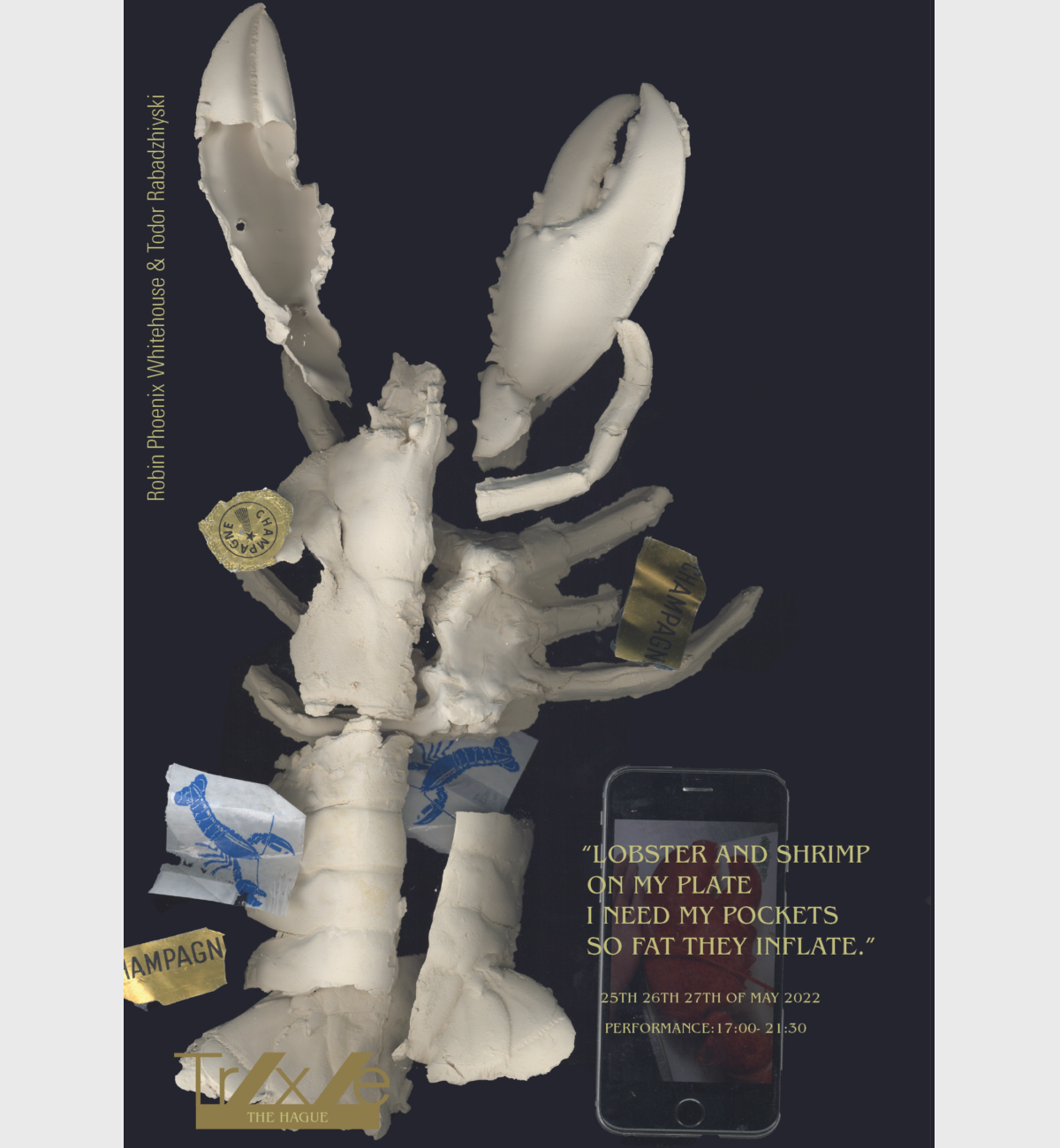